By now many of you have seen Scott’s and Barb’s assessment of last month’s photowalk of Watkins Glen State Park, as hosted by photographer Andy Wheeler.  I actually got separated from the group fairly early on so my experience was a bit different. 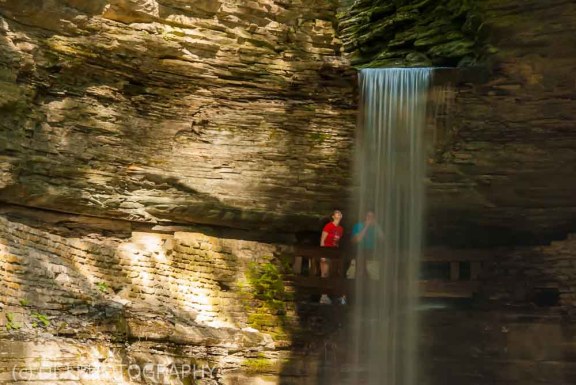 This was probably the largest photowalk I’ve ever participated in with I’m guessing 40-50 participants.  And part of the charm of this particular gorge is that at times it can be quite narrow.  Throw in 40-50 photographers trying to get a shot as well as at least 25 tripods and see what happens!!!  Early on I walked several feet ahead of the group I was with to get a particular angle then as I stood waiting for my buddies to catch up I realized I was standing smack dab in the middle of their shots!  Oops!!!  But I did manage to get this shot of Scott at work. 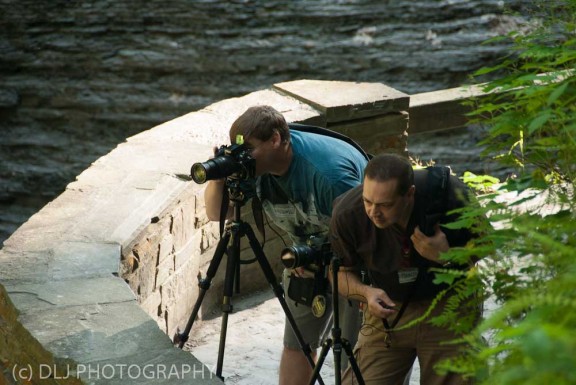 So I walked on ahead to get out of their shots.  And I just kept going.  I ended up being rather pleased with myself because I was able to get shots and take my time and not worry about whose way I was getting in or if I was hogging the best spot or whatever. 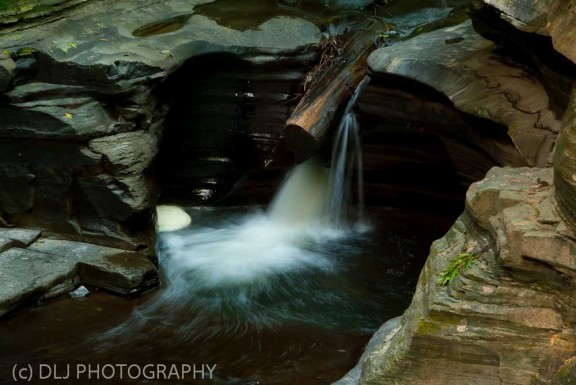 I ended up walking all the way to the top – all 800+ steps – mostly because I needed a restroom and they were at the top but I still did it!!

Along the way I kept hearing people murmuring about a photo group that must be here – that’d be us.  Turns out there was also a smaller group from Rochester there as well – the photographers really took over the park that morning.

On my way back down I turned the corner at Rainbow and there was a row of 40 photographers all lined up, all trying to get that one shot that will make the day.  This is the best shot I could get of the controlled pandemonium. 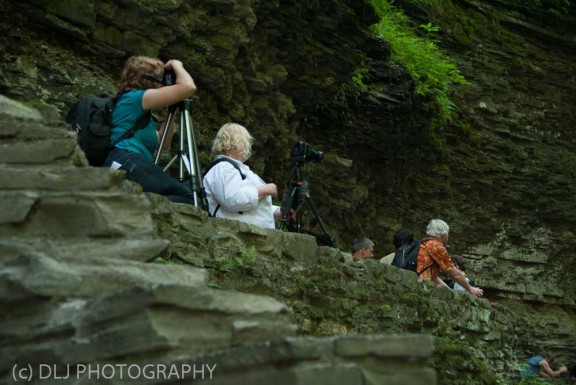 All in all I missed out on some good chatting with Scott and Barb and others in the group.  And I missed out on any educational opportunities that might have arisen from watching the masters at work.  But I’m not a great crowd person and I think the day I had was still enjoyable and I still got some shots I’m very happy with out of the day. 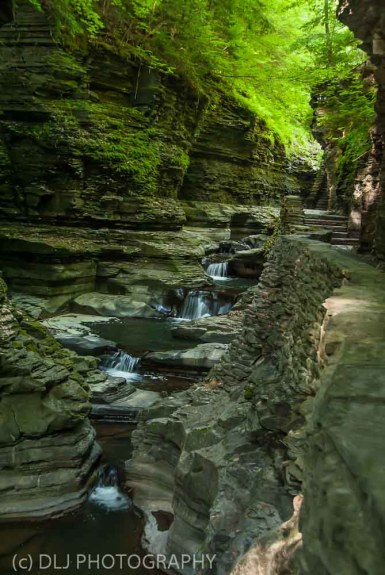